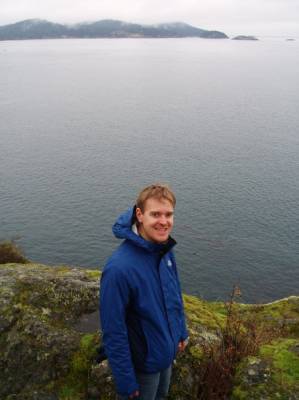 At Healthy Abode, I get called a lot of things!

When the line rings, I prefer it that they ask to speak to Stuart, it tells me immediately that I’ve came recommended or that they’ve found me on the Property Care Association vetted independent damp surveyors website or at least that they’ve read my blog!

Though a lot of the time it’s, may I speak to the Damp Surveyor, Damp Expert, Timber surveyor, damp and timber surveyor, damp specialist, independent damp surveyor or PCA damp surveyor and that’s great too. Because it tells me that I’ve got a potential sensible prospective client on the line. Who’s perhaps worried about damp in a property they’re looking to buy, own and occupy or perhaps rent out or even rent.

It’s when the line rings and I get someone who’s only interested in a ‘free’ survey, that I’m saddened. Why’s that!, well if you’re reading this it’s probably hard for you to imagine too, but there’s a lot of people out there who want a ‘free’ survey’ (think quote!) just because it’s ‘free’. They’ve bought into the ‘something for nothing’ mind-set, and often no matter how hard I try to explain that if a contractor is coming out for ‘free’ then they have to make their money back somehow and that’s often by their ‘survey’ showing that the property is riddled with woodworm, got horrendous rising damp or unmanageable condensation. I call this the ‘fear factor’ and it’s a sad way to run a business.

Unsurprisingly their ‘free’ survey isn’t interested in highlighting all the damp, timber and mould defects from chimneystack down to cellar, including windows frames, cills, doors, dpc, condition of bricks, mortar beds etc and that’s all before I’ve even got inside!

So how do those taking on a ‘free survey’ know that they the works stated are necessary and not just ‘made up’, or that the work is necessary and not just designed to maximise the profits of the contractors, well in short they don’t and I’ve seen countless examples of thousands of pounds being spent on property ‘remedial works’ which haven’t worked or worse still exacerbated the problem.

So enough of my blog rant, it’s 30C and hot, yes I’m in the UK, though you wouldn’t think it by our international ring tone on our phones (thanks internet phone lines!), but that’s another rant.

You’re probably wanting to know where we cover, well the short answer is give us a call, but on any working week I’m around the counties of Essex, Hertfordshire, London, Cambridgeshire, sometimes Suffolk, and further afield including the towns and villages (in Alphabetical order) of:

If your county, town or village isn’t in the list above, don’t worry we most likely cover it, so give us a call if we can’t assist chances are we’ll know a surveyor who can.